by The Bobby Syvarth Combo 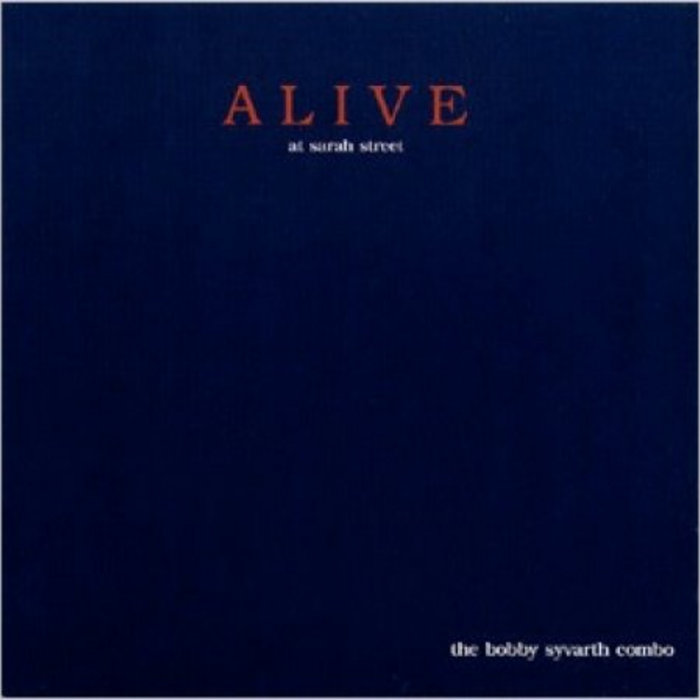 For three (or so) years back in the late 90’s John Skehan, Carey Harmon and I played with Bobby Syvarth in the Bobby Syvarth Combo every Sunday night at a little bar in Stroudsburg, PA called the Sarah Street Grill. In fact it was how I met Carey and how it came to be that he would become Railroad Earth’s drummer. It was a great exercise for me as Bobby’s melodic tunes proved to be the perfect petri dish that led, in a large way, to the development of my improvisational style. There was always room and ample time within the songs to stretch out and really find yourself musically.

There was a revolving door of musicians, so to speak, but the constant was pretty much myself and Mr. Harmon (who played percussion). It all came to a creative head with the recording and release of “Alive At Sarah Street”, a frozen moment in the brief life of a fertile music scene. Pretty much all the musicians that did the gig through the years are present and in fantastic form. And what a great moment it is!

There was an album back when recordings were done in that missed style, called ALIVE AT SARAH STREET. The band was The Bobby Syvarth Combo, and the executive producer was me, David Lapoint, the owner of the venue. I had become a big fan of Bobby's music, and just as big a fan of the musicians that performed with him. I wanted to make sure there was documentation/recording to ensure that these great musical "moments" would be forever around.

Many of the artists that performed in this four night live show have gone on to become quite famous, three being in the band RAILROAD EARTH - TIm Carbone, John Skehan, and Carey Harmon. You could argue that without "ALIVE" there would be no Railroad Earth! The bass player, Jai Dillon, tours with the best, and is truly one of the best I have ever heard. The horn section had Christopher Rafael Cuzme, or just CUZME, on saxophone, and he is as gifted as it gets! I could write compliments to the rest of the band, some who performed on all, and some who had guest appearances, because they were all great!

We spared no expense or effort and recorded four nights straight - after years of weekly shows at my venue, and months of rehearsal at my house. We brought in the best local studio to record and then spent many hours making sure our recording captured the quality of the live performance. I was not one of the musicians, but it will forever be an honor to be able include myself as part of this project. The end result is a recording that should be listened to from beginning to end. That is something the music world truly misses.

Alive at Sarah Street, originally released in 1999, was recorded live over four nights in October 1998. Tim Carbone, John Skehan and Carey Harmon went on to form Railroad Earth. Jai Dillon has since joined Jason Mraz and the entire lineup of musicians was second to none. The record was lying dormant for a few years...but the end of the world in 2012 seemed like a great reason to give it a Digital Re-Release on BANDCAMP. Enjoy.

Born in Brooklyn, raised in the North Western Hills of New Jersey, schooled on the road of life, Bobby Syvarth has been creating timeless American Music for the better part of two decades. Heartfelt and honest with
a healthy dose of groove and soul Bobby's art is as
comfortable as your favorite jeans. ... more

Bandcamp Daily  your guide to the world of Bandcamp